This weekend I’m heading to back to my hometown of Baltimore MD to teach at Rob Taylor’s 6th Annual Strength & Conditioning/ Athletic Development Conference, July 20-21st, where I’m hoping to see lots of my fellow Baltimore/Washington personal trainers and coaches! Coach Taylor has been in the strength game a long while and certainly had his share of education from some of the best coaches around.

Here’s a great article from Coach Taylor, which highlights 12 legendary coaches that don’t seem to get the credit (today) that they more than deserve:

After this article on LIVESTRONG recently acknowledged Nick and the 19 others personal trainers & coaches for their contributions to the strength & conditioning world, Nick reached out to me to write a list of (old-school) coaches still in the strength game who’ve paved the way for the personal trainers on that LiveStrong list.

I take nothing away from anyone that LIVESTRONG has recognized (Nick included), and I would like to say congrats to the 20 trainers who got recognized. But, I do want you to consider the source. Although these 12 (old-school) fitness trainers I’ve highlighted below have more experience, accumulated a larger body of work and made more industry contributions than the folks on this list, I will bet that most personal trainers will not know who most these individuals are. And, if you do, you likely have forgotten to give credit to them for the opportunities we as personal trainers and strength coaches currently have.

The goal of this list is to teach new personal trainers about, and remind experienced coaches of the “living legends” in the strength & conditioning world that don’t seem to receive the recognition for their efforts through modern day social media, websites, etc., often enough.

Nick and I hope that this list helps you to take notice and appreciate where our field has come from. That said, this list is NOT all-inclusive by any stretch! It is merely a starting point to begin this discussion of those whom we should be learning from, no overlooking.

The list below is done in alphabetical order to show no bias as each of these men have positively impacted coaches within the industry and countless athletes that we cheer on in the modern day coliseums we call stadiums.

Also, if you like this list, please comments below and let us know because we’ll do it again in the future. And yes ladies, there are a bunch of women I would like to give credit to as well. The label of “pioneer” knows no gender. Mark Asanovich has fourteen years of NFL Strength and Conditioning experience. He most recently oversaw the Jacksonville Jaguars strength and conditioning program. His program emphasizes individual supervision of player workouts. It is his belief that players who are coached in the weight room will develop better results. The cornerstone of the program is to “maximize physical potential and minimize physical injury.” Asanovich has been a speaker for seven consecutive years at the Strong-S seminar in Tokyo that is organized by the renowned Japanese trainer Tatsuya Okawa.

Note from Nick: Coach Asanovich is the original developer of the 747-method. And, he taught it to Rob Taylor, who then taught it to me. Although I’ve previously mentioned this three times – in this post, in this MuscleMag article and in this T-nation article – I’ve been given credit for inventing the 747-method (since recently popularizing it in my Men’s Fitness article). All I’ve done is simply ran with Coach Asanovich’s original 747 concept and developed our own Performance U 747 hybrid variations. This is a prime example of how these legendary coaches don’t get the credit they deserve. It’s also why I asked Coach Taylor to put this list together. Matt Brzycki has authored, co-authored and edited seventeen books. In addition, he has authored more than 435 articles/columns on strength and fitness that have appeared in 44 different publications. Matt has given presentations throughout the United States and Canada. He has also given presentations to the Central Intelligence Agency; US Customs and Border Protection; and US Secret Service Academy. He was appointed by the governor to serve on the New Jersey Council on Physical Fitness and Sports as well as the New Jersey Obesity Prevention Task Force.

Dr. Ellington Darden is the leading disciple of the HIT training methods of Arthur Jones, the inventor of Nautilus exercise equipment. Darden, for 17 years the director of research for Nautilus Sports/Medical Industries, is the author of such enormously popular books on high-intensity workouts as The Nautilus Book, High-Intensity Bodybuilding, and 100 High-Intensity Ways to Build Your Body, along with 40 other fitness books.

Jim Flangan met Henry “Milo” Steinborn, world’s strongest man at the time and champion wrestler, and began strength training under Milo’s guidance. He continued training with Milo for years to come and along the way met Arthur Jones, inventor of Nautilus and known worldwide as the man who changed the face of fitness forever. Arthur was a fitness genius and true living legend. Jim purchased a full line of Nautilus equipment from Arthur in 1973 and proceeded to open Orlando, Florida’s first fitness center, Jim Flanagan’s Nautilus Fitness Center. 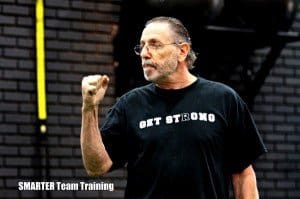 Also, check out this post Nick did on what he calls, “the Gittleson shoulder shrug.“ 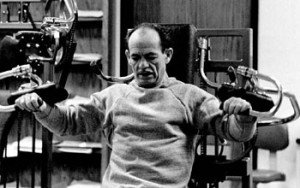 Arthur Jones’ ideas helped move the public’s notion of bodybuilding and strength-training exercise away from the hours in the gym using free weights, to short, single sets with maximum intensity, which, according to theory, triggers maximal muscular growth. His publications include the Nautilus Bulletins, which aim to dispel contemporary myths of exercise and training. The Nautilus machines and the company he formed to sell them made him a multimillionaire and landed him on the Forbes list of the 400 richest people. Jones also founded MedX Corporation, in which he invested millions to develop medical-based exercise and testing equipment. 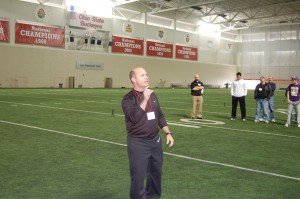 Dr. Ted Lambrinides is currently a strength and conditioning coach for the University of Kentucky. Ted did his undergraduate studies in business marketing and graduate studies in coaching and exercise science at The Ohio State University, where he began his career as a student assistant and graduate assistant strength and conditioning coach. After OSU, Lambrinides worked as director of education for two fitness companies, Nautilus Midwest and Hammer Strength Corporation. 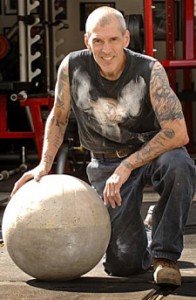 Dr. Ken Leistner, for decades a concerned voice in the powerlifting community as a competitor, trainer, judge, national athletes’ representative, and administrator, was the Feature Editor, monthly columnist, and the author of articles ranging from training advice to political commentary for POWERLIFTING USA Magazine. With over 1000 published articles in the area of strength enhancement and injury prevention and rehabilitation, Dr. Ken was asked to edit or rewrite the rulebook for two of Powerlifting’s major federations. Dr. Ken has served as a consultant to numerous university athletic programs and NFL coaching staffs. While many in the sport know Leistner through the Steel Tip Newsletter of the 1980’s, many articles, and former ownership of the National and World Championship winning Iron Island Gym, Dr. Ken is as well known for his contributions to the Chiropractic treatment protocols first used at the U.S. Olympic Training Center and the design and prototyping of Nautilus and Hammer Strength equipment dating back to the early-1970’s. 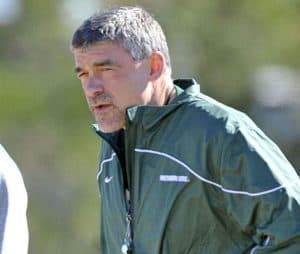 Ken Mannie enters his 18th year as Michigan State’s head strength and conditioning coach for football, while additionally directing and overseeing the strength and conditioning programs for all men’s and women’s sports. Mannie has been a keynote speaker and roundtable participant at several national conventions and seminars. In both 2006 and 2007, Mannie was named to Who’s Who Among America’s Teachers in recognition for his numerous and ongoing educational efforts in the field of strength and conditioning and in bringing awareness to the anabolic drug abuse problem in sports. He has been recognized and is widely published on his adamant stance against performance-enhancing drugs. 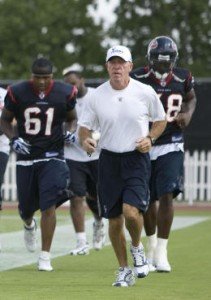 Dan Riley most recently was the strength and conditioning educator for the Memorial Hermann Sports Medicine Institute. Riley is a retired strength and conditioning coach having spent 27 of those years in the National Football League (19 with the Washington Redskins and eight with the Houston Texans) winning four Super Bowls. Prior to his stint with the Redskins, Riley spent five years as the strength coach at Penn State after serving four years as the strength coach at the United States Military Academy at West Point. 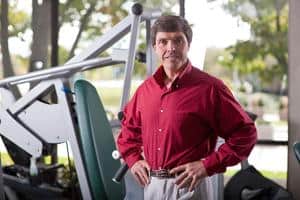 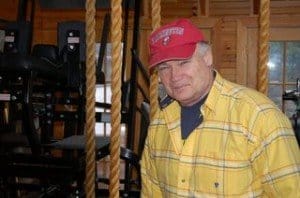 Kim Wood started weight training as a youngster, training to become a better wrestler and football player. He continued his training behind the scenes, as a running back at the University of Wisconsin in the sixties…. long before the fancy weight rooms and training complexes known to today’s players.Later, he worked for Arthur Jones, the legendary designer of the Nautilus machines. In 1975, Kim became one of the first strength coaches of professional football. During that time, he was also one of the three principals who created the now, world famous, Hammer Strength machines.He retired from the Bengals after 28 years with the team and was lucky enough to experience two Super Bowls along the way.

Thanks for joining us in paying tribute some of the pioneers in our field! We look forward to hearing your thoughts on this list. And, we’ll be happy to keep things going as there are plenty more names of “living legends” we could include. 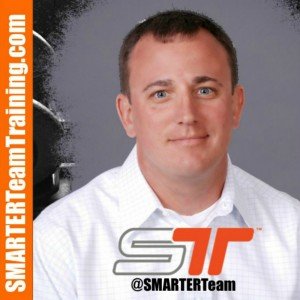 Rob Taylor is the founder and owner of SMARTER Team Training. Coach Taylor was the Head Strength and Conditioning Coach at Loyola University Maryland for over seven years. Rob was a strength and conditioning consultant for athletes on the Women’s Lacrosse World Cup Champion’s Team Australia in 2005, and was the Head Strength Coach for Team Australia’s 2009 World Cup team which played in the world championship game also. He has worked with professional organizations such as the Anaheim Angels, Tampa Bay Buccaneers, Tampa Bay Mutiny, and San Antonio Silver Stars. You can follow Coach Taylor on Twitter @SMARTERTeam, email him at [email protected] or by visiting https://smarterteamtraining.com.

Read More »
PrevPrevious2 New Ways to Use a Trap Bar for Personal Trainers & Coaches
NextMy 33rd Birthday SALE – Get 33% OFF all DVDs until July 31st!Next