This is a guest post by Shawn Myszka, MS, CSCS*D, owner of Explosive Edge Athletics in Minneapolis, MN.

For over the last 5 years, I have specialized in training NFL football players to be more powerful and efficient where it counts: on the field. Beyond the fact that they have super-fly cars, wear boss watches, and have more money in their wallet than I make in a year, they also possess one major characteristic that makes them vastly different than me: they selected better parents (sorry Mom & Dad!) and won the genetic lottery in the process. This is intuitively obvious. However, as time passed, I realized they were still often lacking certain physical and mental traits that if focused on, could quickly leapfrog them to the next level in their development. Whether you are an NFL player, a recreational athlete, or someone just looking to improve your general fitness, I think the ideas I will share here will help you address some qualities that may very well be inhibiting you from reaching your current goal, as well.

One would expect NFL athletes to be very proficient and programmed in their displayed movement patterns. At first glance, the general fan may actually believe that this is the case when watching their favorite player or team. However, when I start to break down common movement patterns being displayed on the field, weaknesses begin to jump out at me all over the place. When combined with quantitative measures utilizing devices such as force plates or accelerometers, a more thorough analysis can be completed which shows that even the league’s best at a given position has much to improve on.

Unfortunately, I have yet to have a player tell me that anyone on his team’s staff has even attempted to address on-field movement mechanics being displayed when they run, jump, or change direction. Sure they work repeatedly on skill techniques, tactical considerations, or maybe even ‘agility’ drills. However, in the NFL, coaches (for some reason) stop addressing the all-important movement traits that players need to utilize to efficiently move from Point A to Point B. They may run through a drill but nothing is being coached. Because of this, these athletes simply turn into the world’s best movement compensators. They may still see success but to a limited degree in comparison to their overall physical potential.

I feel if we optimize movement efficiency, we can maximize athletic performance. We know that technique is never constant because when you are changing your physical traits, you are also changing the way that you display your strength/speed in the execution of often performed movement skills and the overall working effect. Thus, no matter what the level of mastery is, I MUST spend time each and every day to fine-tune the level of movement mastery.

I know its cliché, but it’s true; only perfect practice makes perfect and my athletes are required to focus on both global and local aspects of each movement each time they practice a skill. I take an athlete back to ground zero in their technique and continually work from the bottom up to fine-tune each movement. If it is a movement that they have ingrained and occurs with unconscious competence (i.e. involuntarily), it is often more difficult to change but it can happen no matter what the age or development of the athlete. From there, we will complete rep after rep till the movement imprint becomes one that is more optimal for total efficiency.

As I tell my athletes, to be an elite level NFL football player (or anyone for that matter) you can never be too fast. It would be like having too fast of car or too hot of girlfriend…it just doesn’t happen! In order to display the type of speed necessary to play on Sundays, it isn’t just about linear speed (and in most cases it never is), it’s about the ability to rapidly accelerate, stop, and change direction more efficiently than your opponents. In order to do this, you must possess very high levels of eccentric strength and ability. The body is required to absorb crazy amounts of force while its tissues are actively lengthening as in every maximal dynamic contraction sequence (i.e. the eccentric action of the Stretch-Shortening Cycle). Unfortunately, I have found that this strength quality is rarely ever addressed in NFL weight rooms.

Luckily, it’s an easy fix and it often leads my athletes to think that I have a magic wand that I have used to help recharge their movement so they quickly perform with greater proficiency.

Most athletes have never taken the time to focus on the contact mechanics displayed during ballistic movements such as the landing of a jump or the intense stretching that occurs before a quick cutting action. To add to this, I will begin including some sub-maximal Altitude Drops in football-specific landing fashions and begin the process of teaching the body how to more rapidly absorb higher levels of force. Shortly after incorporating this type of work, one will quickly begin to feel more ‘springy’ when their foot hits the ground or performing any athletic task.

When it comes to reaching one’s goals, this next point may be the most important for not only my NFL players but also for you. Everything in one’s life (I mean literally everything), has to be completed with the highest degree of intention towards improvement. There is no room for half-a**ing it here! You really have to focus! Many NFL players are used to approaching their training sessions with a lackadaisical mentality because either they are overly accustomed to being better than their peers or they never had a clear idea as to what they need for improvement. I am talking about more than just hard work. Instead, I am talking about deliberate work towards a specific goal. Come into each training session as if every session truly was your last and you will never be disappointed by the results you realize.

All in all, if NFL players are frequently missing these highlighted characteristics in their training it is likely that you are also missing it in your own too. Try to take some time to address these qualities in your preparation as I have in the training of my athletes and I am betting that you will start to see the power and magic in them, as well. 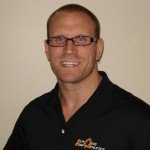 Shawn Myszka, MS, CSCS*D is currently the Co-Founder/Athletic Performance Director of Explosive Edge Athletics in Minneapolis, Minnesota, which currently trains many of the top athletes in the state of MN on all levels and he personally serves as a consultant to coaches at numerous professional, collegiate, and high school athletic programs. Shawn is a former National-level competitive bodybuilder who has become a well-known and highly sought-after leader in the field of jump training, plyometrics, and sport-specific power development. He is a frequent presenter at strength coach and sports conferences nationwide. Shawn, who is the Founder of the Plyometrics/Jump Training Special Interest Group, has also recently developed the first-ever Jump Training Certification designed for coaches looking to specialize in training to increase jump performance. In 2011, Shawn was responsible for the design and development of the world renowned BoingVERT Jump System which quickly established itself as the standard for all jump programs on the market. In addition, Shawn serves as an adjunct professor in the Exercise Science Department at Bethel University in St. Paul, MN. He holds a MS in Exercise Science from California University and a BS in Health Promotion/Wellness from the University of WI-Stevens Point. Finally, he is a founding member of the Minnesota NSCA Advisory Board and was voted the 2008 Minnesota NSCA Trainer of the Year.

Questions/Comments? Feel free to reach out to Shawn directly at [email protected].