3 Practical Training Tips for Lifters Looking to Get More Athletic

The following is a guest article by Eric Bach. Since my newest book, Building Muscle and Performance delivers the best of both worlds…the muscle and the hustle, this article really resonated with me. I hope it resonates with you, too!. 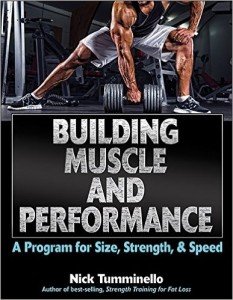 Being athletic isn’t just for competitive athletes’, it’s for everyone. These days, being able to run, throw, jump, cut, and play a recreational sport at the drop of a hat is more of a luxury than a commonality.

In this article I share how to apply three principles I’ve learned and use with both athletes and general population clients in order to improve their ability to transfer their hard work in the gym to the playing field: Whether it’s a competitive playing field, or kickin’ it with their buddies every Thursday night.

1. Maximum Strength with the Big Three Lifts is Overrated!

What’s the top tip most coaches preach as it pertains to improving athleticism?

If you said getting stronger, you’re correct. While strength is important to build a foundation for the development of speed and power, it’s overvalued if you endlessly chase strength pr’s to the determinant of improving your ability to use it, relative strength, and movement.   Before you punch your computer screen and call me an idiot, hear me out. I’m not saying Maximum Strength isn’t important – It certainly is! It’s vital.

However, there are more ways to build strength than the powerlifting movements. There’s no magical touch associated with a heavy loaded barbell.

Your body understands stress, and that it needs to generate force and recruit motor units to overcome an external stressor, not that there’s a loaded barbell. What’s more important is the muscles recruited, amount of force needed to overcome the resistance, and integrating movement that matches the demands of sport. This can be through a unilateral exercise, a barbell, kettlebell, weighted sled, or your own bodyweight.

In short, it’s not the tool that’s important, it’s that your body is working in a specific movement pattern, recruiting the correct muscles, and generating force when you need it.

Furthermore, for non-competitive lifters, there are diminishing returns with endlessly chasing strength PR’s as it pertains to athleticism.

As an example, a 200-pound man has the goal of running faster and jumping higher. Currently, he’s well trained and has a back squat max 375 lbs.  Would he be better off using a specialized program to get your squat to 405, or adding lighter, more explosive exercises to maximize his ability to rapidly generate already-present strength?

If you picked the latter, more explosive exercises, good for you.Why? Because the principle of specificity dictates that your body specifically adapts to the imposed demands, therefore maximizing the carryover to your sport requires you train movements and patterns that are specific to the demands of your sport, such as explosive jumping and sprinting.

In other words, instead of exclusively lifting heavy, focus on maintaining your strength base, and improve relative strength and power in the movements you need for performance.

It’s important to note that power, the ability to generate strength rapidly, is vector (i.e., directional) specific. That means to optimally develop power for a given activity; you must train it in the direction, with joint angles, and recruitment patterns most similar to your activity.

At the end of the day, strength is vital; there’s no denying that. But it’s time to move past the “ bro, “ just get really strong argument. Without movement and generating power in the directions you need it you’ll limit your performance.

Being athletic requires your body to work together in a synergistic manor. That means increasing the ability of your body (muscles, joints, ligaments, and nervous system) to function as a complete unit. Jumps and throws take major movement patterns, such as the squat or press, and change the typical demands from a pure-strength exercise to an explosive speed or speed-strength exercise.

If we go back to the principle of specificity, working with lighter loads and focusing on explosive movement more directly correlates to the demands of most sports, improving your ability to move and generate force in the movement patterns needed for performance. So, by adding jumps or throws to your training you potentially increase neuromuscular capabilities, transferring your strength into usable athleticism and power for better performance.

To maximize carry-over from training to your activity of choice, I recommend including jumps and throws that most similarly match the demands of your sport or workout. I have my clients and athletes perform these exercises after a dynamic warm-up and before lifting. This is because it generally accepted that we place the most neurologically demanding exercises early in the workout when the body is fresh.

Below, I’ve listed my top three favorite variations, with a few other suggestions listed underneath. For these exercises, on average we use 3-4 sets of 3-6 reps with 90-120 seconds of rest between sets.

Sports Action: Think volleyball spike, a swimming stroke, or swinging an ax for the lumbar jacks in the audience.

Why we use it: This works the explosive shoulder extension, forcing the lats, triceps, posterior delts, and pecs to rapidly generate force. It also forces your core to work double time, transferring force from overhead towards the ground while preventing your spine from flexing forward.

Sports Action: Pushing an opponent away from you.

Why we use it: Compared to a clap push-up, elevating the hands on a bench allows larger individuals to generate maximum force with less compressive stress on the joints while maintaining a neutral spine position (non-saggy push-up position).

Why we use it: Squat jumps mimic the squat and a vertical jump, bridging the gap between jumping in sport and squatting in the gym.

Other Jumping and Throwing Exercises We Often Use:

Sports Action: Best when training to improve explosive speed, jumping, and lifts like the clean, squat, and deadlift.

Sports Action: Similar to a baseball swing or forehand in tennis.

Why we use it: To emphasizes explosive triple extension.

Sports Action: Horizontal Propulsion, such as a bounding, a long jump, sprinting.

Why we use it: As more of a hip dominant jump, which pairs well with deadlifts or Olympic lifts.

Why we use it: As a low impact-jumping exercise to reinforce landing technique.

3. Analyze the Risk/Reward Trade Off

Coaches and trainers come from various backgrounds that create bias towards different training disciplines. It could be powerlifting, strongman, bodybuilding, Olympic lifting (my bias), or something else.  With so many different opinions and experts on training, how can you select the exercises that are best for you?

Instead of thinking of any exercise as the next best thing, step back and consider each exercise a tool to get the job done. The tool that is best both matches the movement patterns needed for your sport, and minimizes the risk of training related injury.

In other words, understand that each exercise is a tool, rather than an end-all be all to performance. Pick the training tools and techniques that will get the job done will minimize the risk while maximizing the rewards. 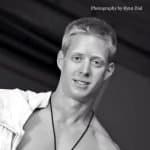 Eric Bach, BS, CSCS is a sought-after strength and conditioning coach in Denver, Colorado. At Bach Performance, Eric helps his clients improve their performance and physique through his specialized training methods. Get your Free copy of the High-Performance Beginners Guide here.
To get in touch, come hang out with the Facebook Community, or follow along in Instagram to stay up with the latest methods to build your high-performance body.

Read More »
PrevPreviousSingle-Leg RDL Exercise: How to get more Glute Recruitment
NextHamstring Exercises: Use These 2-Types for Better Hamstring WorkoutsNext