The popular methods I’m covering here aren’t nearly as important as they’re often made out to be by the many well-meaning personal trainers and strength coaches who make them a focus of their prorgramming. These methods are certainly not useless, but they’re highly overrated and often overvalued in the program design and training process.

Before we get rolling I wanted to remind you that 1) I’ll be in Brisbane, AUS on December 2nd-3rd, 2016 teaching a two-day mentorship program. And 2) the early bird pricing discount to attend the Brolando Experience with me and Alan Aragon on February 4-5, 2017 in Orlando, FL ends November 30th, 2016. 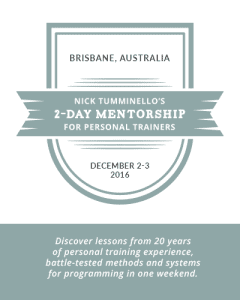 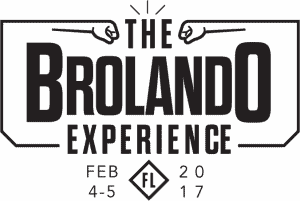 Note: Several of the paragraphs below are written by Ben Cormack.

Poor posture is often said to be a reliable and predictable cause of pain and injury, which is why many trainers and coaches use postural assessments. That said, in order to say that a postural issue you spotted needs to be “corrected,” rather than just being a general variance in human structure, posture or function, you must first establish if the issue is actually problematic in the first place.

Being informed by the available relevant research data, which most trainers and coaches aren’t, can help you to learn what may or may not prove to be reliably problematic. And, this doesn’t involve only looking at a singular research study that has results that you like – that’s cherry picking. It involve looking at the wider body of relevant evidence and following it where it leads.

For example, a 2008 systematic review (a study of studies) that looked at 54 studies and concluded that, “Evidence from epidemiological studies does not support an association between sagittal spinal curves and health including spinal pain” (1).

Another 2015 systematic review looked at evidence to determine if thoracic spine posture is associated with shoulder pain, range of motion and function. The main conclusions of the paper were:

These above results come as no surprise given that a 1997 study found that none – not even one – of 427 people examined showed a resting head posture perfectly aligned with the “correct” posture postulated in many books are articles (3). This helps to explain why, when it comes to postural assessments, nobody ever “passes” those things.

Additionally, it’s important to note that the commonly proposed technique for the correction of the above type of so-called “postural deviations “ or so-called ‘dysfunctions” is to strengthen the “longer weaker” muscles and stretch the “shorter tighter” muscles. Well, a review of resistance exercise and posture realignment found that no objective data was present to support the concept that exercise will lead to changes in postural deviations and it is likely that they are of insufficient duration and frequency to offset daily living activities (4).

Furthermore, research on scapular posture has found that resting static position does not correlate to poor movement patterns (5).  According to Mike Reinold, one of the researchers on the study I just referenced, “Several studies have shown that these scapular asymmetries are common in the general population too, so I consider my findings in the overhead athlete relevant to any population.  In my experience these same results occur in other populations.”

Note: The first three paragraphs below are written by Jason Silvernail DPT.

Using any one of several movement-based evaluation systems has been advanced as a way to discover poor movement patterns that indicate increased risk of injury. While these approaches are well-intentioned, evidence continues to build that these scoring systems have limited ability to predict injury (6,7,8) and that increased scores do not necessarily improve athletic performance (9,10). Proponents often argue that there is some evidence that the use of a cut-off score can show those at higher risk of future injury (11,12) but that validity problems remain – essentially one doesn’t know if the score itself is helpful or if there are other explanations for the injury risk findings in some of those studies.

One such explanation is that individuals with a current or recent injury – a known risk factor for future problems (13) – will tend to score lower. This means that it’s possible the lower score just identifies a risk factor one already knew about.

Now, these systems can certainly be used as a kind of structure for exercise prescription if the client, athlete or strength and conditioning professional is personally biased toward them. However, one who chooses to use them for this purpose must do so while remaining intellectually honest (with themselves and with their clients and athletes) about the reality that current scientific reviews don’t strongly support the use of these systems as general injury prediction or prevention tools. This means not getting too overconfident about the benefit such procedures provide and, therefore avoid looking down on other professionals who reject such methods as somehow providing a lower value of service, as some proponents tend to do.

Additionally, it’s also important to note that other scientific evidence has demonstrated that movement screens comprising of only low-demand (e.g., bodyweight or low-load) activities may not adequately reflect an individual’s capacity, or their risk of injury, and could adversely affect any recommendations that are made for training or job performance that involve higher speeds and loads (14).

Since providing constant guidance and feedback (i.e., coaching) on exercise execution is “corrective” in nature, (Example: telling a client to avoid allowing their knees to cave in when squatting, or having someone perform squats while pushing against a min-band loop that’s around their knees), many fitness professionals will argue that one has to be ‘corrective’ in order to be an effective trainer or coach. Therefore, arguing that corrective exercise and general exercise practices that are foundational to the training and conditioning field are essentially the same thing. However, this is a self-defeating argument. In that, if general exercise practices of safe training and individualizing exercise prescription are by nature already “corrective,” there’s no need for any trainer or coach to use the term “corrective exercise” to begin with.

In other words, it defeats the purpose of using the term “corrective exercise” to describe practices that one is claiming are already inherent to using the general exercise practices that are foundational to the fitness professional.

Now, this certainly doesn’t mean that the trunk musculature is not an important area to train. If that was the case I would have never produced my Core Training: Facts, Fallacies & Top Techniques (digital download) course. It simply means the benefit that trunk muscle strengthening has on performance is often misunderstood and overstated by many trainers and coaches. So, although core training exercises should still be included as a component of your training, there is no need to view or treat core training exercises as an aspect of programming that requires any type of special emphasis. 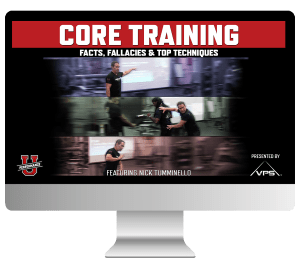 RELATED CONTENT – Core Confusion: The Truth About Squats and Deadlifts

Although many health care providers will state that 1) low back pain is a multidimensional, socioeconomic public health problem with almost 85% patients being diagnosed with “Non Specific Low Back Pain” (NSLBP) and will readily admit that 2) treating chronic low back pain (CLBP) – a high recurrence of low back pain leads to chronicity – is complicated as neither specific diagnostic nor treatment-based approach has been shown to be absolutely effective; many practitioners often prescribe motor control (spinal stabilization) exercises almost universally to people with low back pain issues.

A 2005 randomized controlled trial of patients with subacute and chronic non-specific low-back pain, compared a general exercise treatment with a combination of general exercise and spinal stabilization exercise. The results of this study were that a general exercise program reduced disability in the short term (i.e., immediately after treatment) to a greater extent than a stabilization-enhanced exercise approach in patients with recurrent NSLBP. And, no differences were found in other outcomes or at follow-up time points. So, stabilization exercises do not appear to provide additional benefit to patients with subacute or chronic low back pain who have no clinical signs suggesting the presence of spinal instability. (16)

Additionally, two studies (both from 2016) that used a tailored exercise program versus general exercise for a subgroup of patients with low back pain and movement control impairment (i.e., a groups of patients with a shared diagnostic pattern or prognosis that might benefit from specific motor control exercise interventions). Both studies found that motor control exercise and general exercise appear equally effective in the patient subgroup. Disability in LBP patients was reduced considerably by both interventions. (17,18)

Now, the following words from the researchers of one these studies are very important for fitness professionals to pay special attention to:

“It is possible that the type of exercise treatment is less important than previously presumed; that the patient is guided to a consistent long-term exercise lifestyle is of most importance The results of our study support previous findings that exercise in general, regardless of the type, is beneficial for patients with NSLBP.”

The BIG takeaway here is that personal trainers and strength coaches need not be hesitant to focus their programming on the use of general exercises that are fit to the individual’s ability, medical profile and goals. Unfortunately, many fitness professionals who are unaware of the benefits general exercise has on low back outcomes often end up making their training process, their programs more about trying to play the corrective exercise therapy game. Therefore, not nearly enough actual strength & conditioning gets done in order to create the type of training effect needed to achieve the health, fitness, physique or performance goals of the client and athletes are paying them (and investing their time and trust) to achieve.

In Sacramento, CA teaching at the NSCA Southwest Regional Conference on January 27-28, 2017.

In San Diego, CA serving as an expert panelist at the San Diego Pain Summit on February 7-13, 2017.

In Cyprus, Nicosia teaching at the Professional Fitness Systems Convention on March 24-26, 2017.

In Toronto, ON, Canada teaching a PreCon and conference class at the Annual CPTN Conference on June 2-3, 2017.

Click HERE or on the image below for more info and to reserve your spot to attend Nick’s Mentorship Program on December 2nd-3rd, 2016 in Brisbane, AUS. 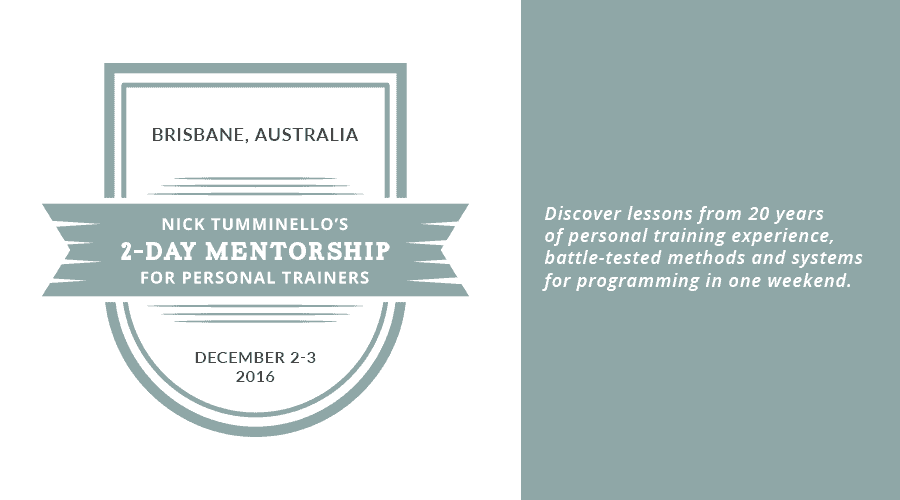