8 Abilities of an ATHLETIC BADASS (that have nothing to do with the Bench Press, Squat or Deadlift)

I recently had the honor of presenting at the VPX Sports Science Summit along with Dr.Jose Antonio, Dr.Darryn Willoughby, Billy Beck and Dr.Lonnie Lowery. A big thanks goes out to Jack Owoc, CEO/Owner of VPX/Redline and his staff for showing us such incredible hospitality.

After the VPX Science Summit, we all went out for sushi and Dr.Lonnie Lowery and I geeked out on shop talk. Once of the things we talked about was how many people in the strength & conditioning world feel that the more weight some one can lift (in the 3 big lifts), the more badass they are.

I have to say my standards for what makes me consider someone to be an athletic badass are very different! In this post, I’m going to tell you why…

Working with Fighters (and training like one myself) Taught Me the TRUE Meaning of “A Badass!”

Around 2001-2002 is when I connected with Renzo Gracie Black Belt, John Rallo, and began training no-gi BJJ (I was an ex-wrestler so I hated that gi stuff). I also worked with John as his S&C coach during his pro MMA days. That was before most of you ever saw a Tap Out shirt 🙂

Anyway, since that time, the sport of MMA has exploded into the mainstream – John has opened three schools in the Baltimore MD area under his Ground Control MMA brand. And, John has also become a fight promoter – His event, Shogun Fights is the premiere MMA fight event in the B-more area. The Next Shogun Fights is coming up on April 14, 2012 at the 1st Mariner Arena. 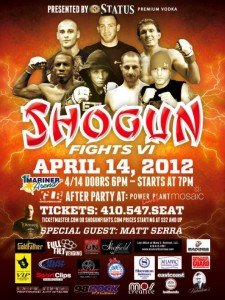 As the sport of MMA exploded and John’s Team Ground Control MMA grew immensely, so did my involvement and experience with training combat athletes.  In the last 10+yrs, I’ve had the honor of working with pro and amateur boxers, Muay Thai and MMA fighters, along with plenty of grapplers (judo, wrestling, BJJ) from beginners to the olympic ranks. From the UFC to Elite-XC, to HBO Boxing, to the World Muay Thai Championships – I’ve held pads for, sparred with, and done workout programs for the athletes involved.

Now, these athletes are some of  THE Baddest people on the planet. Funny thing is, NONE of them were weight-room studs. That is, except for John Rallo, but he’s a white-gorilla genetic freak who’s triceps are so big and puffy you’d think he injects them with Botox. Ha… Love ya John 🙂

Anyway… anyone who’s ever competed in either football or a fighting sport can probably tell you that they’ve had their ass handed to them by someone who they could out perform in the weightroom. Or, that they themselves kicked someone’s ass who could outperform them in the gym. That’s precisely why I’m reluctant to label some one as a “badass” simply because they can pick up and put down heavy stuff.

Now, don’t get me wrong, I’m very impressed with people who have the insane strength, focus and dedication to be able to lift huge weights. And, I absolutely believe strength is important for health & performance. But, I just don’t think having strength alone makes you athletic badass. In fact, I know it doesn’t from my experience working with real badasses!

I’m not trying to tell you that you HAVE to be an elite fighter for me to consider you a badass. That’s just not realistic. And, if you DO possess superior fighting skills, I’ll simply label you a “badass.” But, what I’m talking about here is about being an “athletic badass.”

The 8 Abilities of an Athletic Badass

I’ve trained plenty of  non-combat sports athletes and exercise enthusiasts of whom I would not want to mess with, and would want on my team because they all possessed these 7 athletic abilities:

1. You must be able to throw a decent Punch!

As I said earlier, you don’t need to be a fighter for me to consider you an athletic badass. But, you certainly do need to at least have the ability to throw a decent punch!

At my local gym, I do my heavy bag rounds about 2-4x per week. And, I’m always disappointed at the amount of guys who come into the boxing room and look like they’re having a seizure while attempting to “punch” the heavy bag. They’re hitting the bag, but they sure as heck aren’t “punching” it 🙂

Learning how to punch not only makes you more of a badass, but it also improves your athletic ability:

– Better ability to summate force from the ground up

Not to mention you become more aware of your body stances, foot placement for more effective movement and power.

Also, don’t just learn to throw one John Wayne haymaker! Learn how to throw a jab, cross, hook and uppercut. And, learn a few combos!

2. You  must be able to throw a decent kick!

Having the ability to kick not only makes you more well-rounded in a combat situation. It also shows that you’ve got great mobility and hip/torso power, along with awesome balance. Plus, all of the athletic benefits I listed about punching can also be said for kicking. So, learn them both and you’ll have the double whammy!

You don’t need to be able throw Van Damme (movie) style, jump spin kicks to the head. Just learn how to throw a good solid kick to the thighs and to the body!

3. You must have taken Grappling lessons for at least 1yr!

Learning to wrestle/ grapple (Judo, BJJ) not only makes you a more dangerous person. It also teaches you:

– How to change you level (i.e. raise and lower your center of mass)

– How to relax and use the other persons efforts against them

– To have great dynamic balance and rock solid stability

– Where to grab someone for optimal control and what body positions to avoid getting caught in.

Anyone I’ve ever trained who had a wrestling or Judo background (even older adults) always picked up on other sports quicker than everyone else. So, some grappling skills are absolutely critical for me to consider you an athletic badass!

This is a basic gym class exercise. And, if you can’t do it, I get concerned that you’re either too fat, have too much muscle and/or lack relative grip, upper-body and core strength.

Along with improved grip, core and upper-body strength – Rope climbing builds body tension (i.e. stiffness) and can improve you body awareness because every time you reach your hand for the next grab, you must also shift your body in rhythm along with it. Otherwise, you’ll get tired much faster or simply not be able to climb up at all.

I’ve talked extensively about one arm push ups and why I believe they’re the king of upper-body pushing exercises. So, I won’t repeat what I’ve already said in this blog post and in this T-nation article.

I will say that I’ve been around many people who could bench press a house and couldn’t get close to doing a single one arm push up. But, all the good sports athletes I’ve ever worked with could nail at least 1-3 reps within the first week after some basic training.

I’m actually being a bit easy on this one because good athletes can complete repeated 300 yard shuttles in under 60 seconds.Here, I’m only asking for 1 round!

The specific 300 yard shuttle I’m talking about here involves two cones (or water bottles) placed 25 yards (75 feet) apart. You sprint back and forth between the cones (touching a cone each time) for a total of 6 round trips (6-laps).

This shows me that you have legs that are fast, powerful, agile and don’t quit after a few seconds. Plus, you’ve got to have some sort of conditioning for me to consider you an athlete. Shuttles show that to me as well.

Every decent athlete I’ve been around could at least do a decent looking cartwheel, even without formal training. Those who could not do one, or did one that looked more like they were falling over, always had less overall body awareness, balance, agility and coordination than those who could.

Plus, people who posses basic tumbling ability are also tough to wrestle and takedown because they’re just so good at maintaing their balance and body positioning. So, when you add that kind of ability along with the ability the punch, kick and grapple, in addition to the animal strength gained from one arm push ups and rope climbs – You’re 100% an athletic badass in my book!

Like everything else I’ve listed above, Jumping rope is a skill in and of itself. But, also just like all the other activities I’ve listed above – It’s not just about doing the thing, it’s also about the physical abilities you gain from learning how to do the thing.

Put simply, jumping rope is about efficiency and elasticity! If you remain stiff, you’ll gas out fast! If you try to use your muscles instead of your elastic tissue reflexes, you’ll also get tired fast.

As much as S&C coaches like to talk about force production, sports are also about economy of effort! If every athlete exploded into ever action they performed, they be gassed out in minutes and sporting events would never last hours like they do.

How do you think boxers last 12+ rounds? They become good at exploding when they need to. And, they’ve become really good at using their elasticity to transfer force with minal effort from their muscles.

Learning how to jump rope teaches you to use your elasticity and continually move athletically with minimal effort. It goes back to what we all say when we witness a great feat of athletic ability – We say “he or she made that look effortless.” That’s why I’ve included jump rope ability on this list because that skill helps you express your body effortlessly!

Everything I’ve included on this list can be practiced, cultivated and improved upon. So, if you want to be an athletic badass – I’ve given you the 8 steps, you’ve just gotta put the work in!

Being strong is awesome! But, standing in one place and lifting big weights doesn’t make you an athletic badass. But, If you also add crazy strength (from lifting) on top of these 8 athletic abilities – I’d say you’re beyond an athletic badass! I’d put you at superhero status! 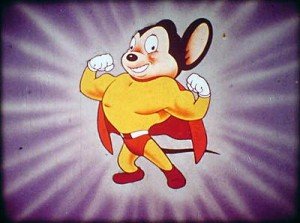