Are Your Glutes Really Not Firing? 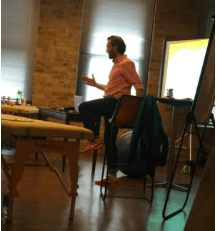 The following is a guest post by Greg Lehman.

From my extremely unscientific observation it appears that 67-74% of my patients have been told their glutes are inhibited and that is why they have pain almost anywhere in their body.  It seems to be an epidemic.  I had to cancel my Runner’s World subscription because the onslaught of glute inhibition articles was too depressing.

Open a fitness magazine and you will read quotes like this: “Because we sit on our butt all day, it sometimes forgets what it’s supposed to do when we go to run.” Source here

There is the idea that the Gluteus Maximus is a muscle prone to becoming inhibited.  Meaning, it tests weak but it has the potential to be strong if only the person could learn to “turn it on.” It is also commonly suggested that that inhibition will also lead to a weak muscle in the future.

These ideas started with Vladimir Janda decades ago and are assumed to manifest themselves in a postural position called the lower crossed syndrome.  This presumes that the person will have  “tight” hip flexors, tight erector spine, “long” and weak abdominal muscles and weak/inhibited Gluteus Maximus muscles.  The idea that many people have inhibited Glute muscles has essentially become a truism and yet it doesn’t have a lot of research support for it.  Nor do we even support that people who have anterior pelvic tilt have the associated weak/long/tight whatever muscle attributes.

This theory lead to the ideas that the Glutes would be weak leading to an overload on the spine, the knee and the shoulder.  The inhibition was assumed to manifest as both weakness and as delay in the firing of the Glute Max.  We were intrigued with this idea 15 years ago so we even did a study on the firing patterns during a prone hip extension. (link here with some insight here).  Spoiler alert.  The Glute Max was the last to turn on in everyone.  If you think you can assess dysfunction muscle firing with this test, I think you might be wrong.

Below is not a comprehensive review.  It is a look at a some research nuggets that cast some doubt on the whole idea that Gluteal Inhibition is a dysfunction that is prevalent.  Lets have a look at some of the concepts that surround the notion of the Lazy Glute Max.

1. Gluteal delays in firing are the norm.

A number of research studies have shown that the Glutes consistently fire after other muscles in the posterior chain. (Link here, here and here)

2. Systematic reviews don’t support the idea that the Gluteus Maximus has delays in firing.

Rather, there is more support that the Gluteus Medius might be delayed and the Glute Max showing greater EMG activity.

3. Reciprocal inhibition does not work that way

Even if the hip flexors are tight – meaning a lack of range of motion – tightness is not the cause of reciprocal inhibition.  You would need those hip flexors to be actively firing to create inhibition in the antagonist.  There is no reason to think that a muscle has limited ROM because there is some extra muscle activity causing it to resist extension.

4. We have plenty of evidence that when there is pain there is actually more Gluteus Maximus activity,

Here we see more activity in the gluteus maximus in people in pain when they do a twisting task.

Here we see greater Glute Max activity in those with a history of Hamstring strain.

5.  But…we have some experimental studies that show less Gluteus Maximus activity when an irritating substance is injected into the hip joint.

Whether this is biological relevant is another issue.

7. We even have evidence that when there is low back pain there is a delay in the ERECTOR SPINAE. Not the Glutes.

Should we going around telling people their back is now lazy and shut off?

8. A case report of my wife showing that distal dysfunctions (in this case an ankle sprain) don’t have any consistent effect on proximal muscle firing. (Yes, its just a case study.)

9. You don’t really need a lot of Gluteus Maximus force during most activities of daily living.

I’ve had patients tell me that they can’t feel their glutes firing when they walk or get out of chair. That’s normal. We don’t need a lot of glute activity to do these tasks. You can see that even in “heavy” tasks like a 10 Rep Max squat you only see Glute Max activity that averages 10.1% of Max when you squat down to thighs parallel and hold that position.  So what people are feeling as “dysfunctional” is actually normal.

In this paper looking at those with Femoral Acetabular Impingement related pain we see a trend for MORE Glute Max activity during walking but in general we don’t see much activity (around 10-20% of max – which for a movement is quite low since EMG notoriously tends to see activation values when someone moves to be greater than 100%).  What you also see in that study is ALL hip muscles being weaker. Again, weakness can certainly exist when we have pain/dysfunction it just doesn’t seem that this problem is more associated with the Glute Max.  In the charts below you see Gluteus Maximus (B) and Gluteus Medius (A) EMG values during walking.  Note how even peak activity in the Glute Max is quite low.

10. Its very tough to just test the Glute Max.

11. …and a few other interesting but only peripherally related research nuggets that I just wanted to throw in for fun and interest’s sake.

So, what’s the point of all this?

There are few caveats and practical points.

1. Don’t stop resistance training the hips of your clients and patients.  We have plenty of evidence that strength training can help a little (and probably for some a lot) for those with hip, knee, ankle or back pain.  Train the entire hip and don’t just focus on the Glute Max thinking that it is especially prone to weakness or inhibition.

2.  If you find that switching someone to a more hip dominant pattern when lifting or moving is helpful for pain or performance than keep doing it.  Again, we just can’t say that someone had faulty glute function and that is why they tended to use their spine more when they lifted. That could have been just a simple movement habit and you have now taught them another movement habit. There is no need to create a pathological label for this.

3. In some patients we might want to be cautious with creating these labels of made up dysfunctions (e.g., Lazy Butt Syndrome). Sure, plenty of people can think their glutes are inhibited, they do great rehab and get better. But there are also a subset of people that can become extremely hypervigilant and pessimistic due to hearing unsupported theories about made up dysfunctions. Sometimes our words can be debilitating. These are the people who spend 50% of their workout “activating” their glutes, constantly checking in on their glutes, being worried about pathology that doesn’t exist and often viewing themselves as fragile and in need of fixing rather than feeling strong and adaptable.  We don’t need to knock people down first before we build them up.  As Louis Gifford said, we need people moving Fearlessly and Thoughtlessly.

4. There might be cases where the glutes really are inhibited.  I wouldn’t doubt it.  It happens with plenty of muscles.  And their might be cases where people do move in a way that minimizes glute activity and this could predispose to a problem  But again, this can occur at every muscle.  The glutes aren’t specially predisposed to this problem. Training comprehensively, creating a large repertoire of movement skills and changing technique to maximize performance can all go a long way without ever having to tell someone their glutes have shut off.

The research can get complicated and often conflicting.  But we can wade through these biomechanical debates and still have simple and straightforward treatment approaches.  There is really no need to elevate what is essentially just an unsupported clinical notion into some pathology.  Its not need to drive your treatment or your exercise prescription. 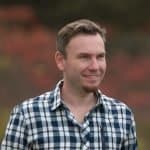 Greg is a globally recognized physiotherapist and chiropractor.  In private practice in Toronto for more than 15 years I have focused on both injured athletes and individuals with persistent and challenging pain cases.  I am a  lecturer and speaker and can be found throughout the world teaching other therapists my continuing education course “Reconciling Biomechanics with Pain Science” – A framework for treating the multidimensional nature of pain and injury. My popular e-book (more than 20,000 downloads) Recovery Strategies is a self help primer on pain, injury and rehabilitation.  This book has been used by individuals helping themselves and by therapists to help guide their management of patients.  I consider myself a clinician first but recognize the value of reading research to help simplify and guide practice.  I have more than 20 peer reviewed research publications.

I am a runner but have recently expanded my cross training to include tumbling, trampolining and rock climbing.  More can be found at greglehman.ca and you can engage online at my Twitter handle @greglehman.

In Indianapolis, IN on Sept 14-15 teaching at the Elite Fitness and Performance Summit

In Baltimore, MD on Oct 5-7, 2018 teaching at the NSCA Personal Trainer’s Conference

In Baltimore, MD on Feb 16, 2019 teaching at the NSCA Maryland State Clinic