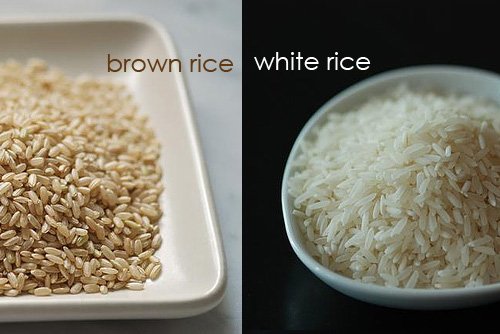 Most of us have been told that brown rice is better than white rice. And, that white rice isn’t as healthy as Brown rice. This post is going to get to the bottom of those claims and give you some surprising, scientifically-based answers!

But, first off, A BIG thanks goes out to everyone who already got their copy of the new Secrets of Single Leg Training 2-DVD set. And, thanks to all those who checked out the Why NOT to do Pistol Squats video, which is a preview of the new DVD.

Go here to order your copy of Secrets of Single Leg Training before Sunday, April 22nd at Midnight to get Special Discount Pricing AND 5 FREE Killer Bonus Videos! 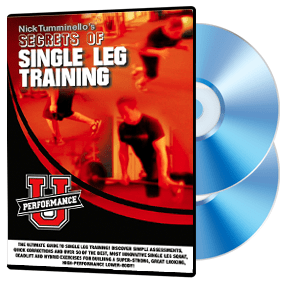 Today’s post revealing the science based truth about white rice vs. brown rice, comes to you from my great friend Jose Antonio PhD; a professor at Nova Southeastern University and the CEO of the International Society of Sports Nutrition.

Dr.Jose Antonio also runs the Sports Nutrition Insider, which is one of my favorite websites to learn about training and nutrition. 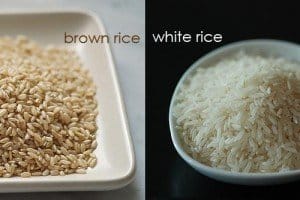 by Jose Antonio PhD  (Note: this article was originally posted on Inside Fitness)

I really like white rice.  You know the sticky kind that you can pick up with your fingers and throw down the gullet.  I mean 1.5 billion Chinese couldn’t all be wong.  I’ve heard a million times how brown rice, which tastes like tree bark mixed with bread crust, is soooo much better than the white variety.  Growing up eating rice the way most families consume potatoes and bread, I actually rarely go a day without consuming some white stuff.  So is the white stuff so bad?  Is it like eating pasta or white bread?  Well, let’s do what the lead characters on the hit TV series, CSI, do:  they follow the data.  And the data will set you free; or will it?  It seems the more we learn, the more confusing it might get. Well never fear, I’m here to tell you like it is.
A case-control study was conducted to investigate the association between white rice-based food consumption and the risk of ischemic stroke in a southern Chinese population. Information on diet and lifestyle was obtained from 374 incident ischemic stroke patients and 464 hospital-based controls. The found that the average weekly intake of rice foods appeared to be significantly higher in cases than in controls. Increased consumptions of cooked rice, congee, and rice noodle were associated with a higher risk for ischemic stroke after controlling for confounding factors. So is this evidence of a link between habitual rice food consumption and the risk of ischemic stroke in Chinese adults?1

Now keep in mind what exactly a case control study is.  It is a design used in epidemiological research.  Basically what scientists do is compare subjects who have a certain condition (e.g. high blood pressure) with those who do not (e.g. are normal blood pressure) and then identify the factors that may lead to that condition.  It is far inferior to the gold standard of science, the randomized controlled trial in which subjects are randomized to a ‘treatment’ or ‘placebo/control’ group. Thus, there is an actual intervention to see if a ‘treatment’ has an effect and minimizes bias.

So indeed it is true that epidemiologic studies have suggested that higher consumption of white rice (WR) is associated with increased risk for type 2 diabetes mellitus.   So if you actually substitute white rice for brown rice, should we not then see a benefit?  Let’s see what this study showed.  A total of 202 middle-aged adults with diabetes or a high risk for diabetes were randomly assigned to a white rice (WR) or brown rice (BR) group and consumed the rice ad libitum (free access to rice) for 16 weeks. Metabolic risk markers were measured.  So what happened?  Did the WR group get ill?  Did the BR group become healthier than a triathlete?  They basically found no between-group differences were found for any markers.  However, blood LDL cholesterol concentration decreased more in the WR group compared to the BR group; this effect was observed only among participants with diabetes.  On the other hand, diabetics had a greater reduction in diastolic blood pressure in the BR group compared to the WR group. So what’s the net-net?  Nothing!  There’s in essence no difference.  So if you ignore the mishmash of epidemiology and look at a true experimental trial, white rice is the same as brown rice.2

My main take home point from Dr.Antonio’s article above is: Keep eating brown rice because it is absolutely healthy! But, we (as healthy minded people) may NOT have to be as reluctant to eat white rice on the occasions that we go out for sushi. And, we probably don’t have to be as militant about ONLY eating brown rice as we once were.

So, there’s no need to get all crazy about defending the healthy benefits of brown rice to me or to Dr.Antonio. We know what they are!

Brown rice is very healthy – nobody said it isn’t. But, based on evidence like this; eating white rice probably won’t kill you, or mess up your “clean” diet if you have on occasion. And, we probably don’t need to scare ourselves (or our clients) away from eating white rice when we’d like some, or don’t have access to brown rice!

References for the Science Nerds 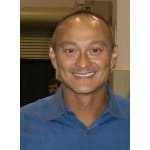 Jose Antonio, Ph.D. FISSN FNSCA FACSM  is the CEO and co-founder of the International Society of Sports Nutrition(www.theissn.org); furthermore, he is a Fellow of the American College of Sports Medicine and National Strength and Conditioning Association. He was the 2005 recipient of the NSCA Research Achievement Award and the 2009 NSCA Educator of the Year; moreover, he has published 13 books and over 50 plus peer-reviewed scientific publications.  In addition to spearheading the ISSN, he is a prolific writer of 1000 plus articles in the fitness genre and lectures throughout the world.  Dr. Antonio is an Assistant Professor of Exercise and Sports Science at Nova Southeastern University in beautiful South Florida.