Deadlifts: One of the Most Functional Exercises for Everything! 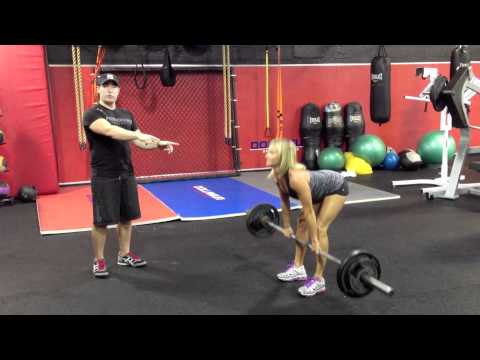 I often say that I feel Deadlifts (and Deadlift variations) are one the most functional exercise options you can do, regardless of your training goal. That said, I can’t talk about why deadlifts and deadlift variations are functional for the 3 basic categories of training goals – Physique, Sports Performance or General Fitness/ Fat Loss – without first defining what the “functional” means. 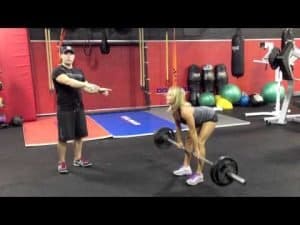 As I discussed in my What is Functional Training? The Real Definition post, The core problem with the term “functional training” isn’t the variety of different definitions trainers and coaches use in attempt to define it – that’s just a symptom of the real problem. The core of the problem which is that the fitness and conditioning field as a whole seems to have chosen to ignore the dictionary definition when it comes to this special word: “Functional.”

In school, we were taught to look up a word in the dictionary to understand its meaning, not make up our own definition. That causes chaos and confusion­—hence the current problem we have in the fitness field & conditioning fields with “functional.”

With this reality in mind, our Performance U philosophy on defining the word functional is not about attempting to just making up our own definition based on our favorite training methods; it’s about going with the dictionary definition.

According to the dictionary definition (each dictionary provides basically the same definition), the word “functional” is defined as something that is able to fulfill its purpose or function.

Put simply, if the exercise transfers positively into the target sport, activity or physique goal you’re training for, it’s functional! Now some exercises have an obvious and direct functional transfer while other exercises offer a less obvious, indirect transfer. As I mentioned in my Truth About the Bench Press article, in the Performance U training system we classify our exercises as either Specific or General based on how they (functionally) transfer.”

Deadlifts are Specific (i.e. Functional) for Everything!

Note: When I use the word “Deadlifts” here, I’m not just referring to the standard style Barbell Deadlift, but rather (in the context below) I’m using “Deadlifts”  to encompass all deadlift variations from standard deadlifts to RDLs to Single Leg RDLs to Trap Bar Deadlifts.

In our the Performance U training approach, deadlifts are classified as a specific exercise (i.e. high on the functional spectrum) because they offer a direct and specific transfer into each of the three main training goals:

Functional Transfer into Sports Performance: Deadlifts specifically transfer to all field, court and combat sports because the movement closely matches the force generation patterns involved in sprinting, jumping, rotating to swing an implement like a bat or club (their hip extension involved in all of these movements), along with changing levels like shooting takedowns and picking up your opponent in MMA and grappling sports, etc.

Functional Transfer into Bodybuilding: It’s no secret that deadlifts are a very effective tool for helping to build bigger and better looking glutes, hamstrings and lower back muscles. And, since achieving that is a goal specific to bodybuilders, figure and physique competitors, along with those looking to add size; this make deadlifts a specific exercise.

General Fitness and Fat Loss: These are individual that are not training to compete in anything, nor are they interested in following the type of diet (of lifestyle) required to look like a fitness model. These are the folks who may be weekend warriors, moms, dads, and everyday people who’re looking to get into better shape for either an upcoming event (like a wedding or school reunion), or who simply want to have (and maintain) the physical capacity to easily perform the daily tasks of life an lead an active lifestyle. And, it’s important to note that this is the group of individuals who makes up the vast majority of the clients almost every personal trainer has, but hates to admit they’ve got because they’re not nearly as sexy to talk about as the physique and performance athletes.

Anyway, the deadlift has a high-transfer into the goal of improving general fitness for the same reasons I described above: it can help your move better and look better. Both goals of those interested in getting into better shape. And, deadlifts can be a great tool to contribute to fat loss because they’re a compound exercise option, which requires lots of muscles to activate simultaneously – The more muscles worked, the higher the metabolic demand.

Note: Weightlifting athletes and recreational lifters who’s goal is to become master deadlifters have been left out of the list above because this article is not discussing deadlifts from that perspective. This article addresses deadlifts and deadlift variations as they relate to those individuals who aren’t in the weight room to be weightlifters.

In short, to summarize what I just covered: Regardless of the training goal, deadlifts are used in some form or fashion in the Performance U training approach. That is, of course, unless we feel or have been advised by a medical professional that they’re contradicted for a certain individual’s injury or limitation.

That being said, one of the common practices I often see when it comes to using deadlifts is to attempt to fit everyone to deadlifts performed in the tradtional style (as demonstrated in the image above by my man Tony Gentilcore).

I submit to you that this is not only mentally lazy, it’s also dangerous  because it’s like trying to fit square pegs, triangular pegs, star-shaped pegs, etc. into round holes. And, it’s no secret that when you do that you’re going to cause lots to splinters!

In other words, because we all come in different shapes and sizes, we recommend fitting the deadlift styles and variations you use to YOU; don’t try to fit yourself to a specific type of deadlift.

Note: Depending on individual ability, some people may be able to use several different deadlift variations and styles while others may be more limited in the stances and styles they use.