2 Qualities the BEST Personal Trainers (Must) Have

Today’s guest article is by a true thinker and upcoming personal trainer from Estonia: Risto Uuk.

The state of the fitness industry is very competitive and (almost) like politics:

Why do people believe anything? According to Michael Shermer’s book The Believing Brain:

“We form our beliefs for a variety of subjective, personal, emotional, and psychological reasons in the context of environments created by family, friends, colleagues, culture, and society at large; after forming our beliefs we then defend, justify, and rationalize them with a host of intellectual reasons, cogent arguments, and rational explanations. Beliefs come first, explanations for beliefs follow. I call this process belief-dependent realism, where our perceptions about reality are dependent on the beliefs that we hold about it. Reality exists independent of human minds, but our understanding of it depends upon the beliefs we hold at any given time.”

If we first form beliefs and then our explanations to them, then how can we be certain of the validness of our beliefs? We can’t if they’re highly subjective and emotional. If you believe in something, you’ll do everything to find evidence for it.

Humans are good at finding patterns in everything; some people are really good at this due to their unique brain structure and function. Unfortunately, we tend to give meaning to both meaningful and meaningless patterns. Sometimes our beliefs are not true even though we have given lots of meaning to them.

There are two issues with information in today’s world, which makes finding good information difficult. There is a lot of it and everyone is prone to making thinking mistakes and forming incorrect beliefs. It’s however possible to become aware of our incorrect beliefs and get closer to more objective truths.

In the fitness world, a system called evidence-based practice is becoming more popular to fight against these issues. In 2012, there was a study in the Journal of Strength and Conditioning Research that talked about this system. It says that theevidence-based practice in strength and conditioning is a systematic approach to the training of athletes and clients based on the current best evidence from peer-reviewed research and professional reasoning.

There is one thing I caution you of. You will find that the more skeptical you become of other people’s and yourselves beliefs, the more criticism and resistance you will face. Many people think that skeptics are negative people. “They just find wrongs in everything.”  People often want to feel they are right even if there is a chance they are wrong. And there always is.

Requirement #2: Being a Nice Person

I continuously update my learning resources. I include new blogs, new scientific studies, new articles, and new books into my collection. But recently I’ve eliminated a bunch of resources from my list.

There are countless information sources for a person interested in fitness. You have time and attention for only some. You can’t read everything. So be highly selective in what you read and who you follow. Only your belief system is on the line, and only your life through that.

While we all want the truth from a fitness professional, I speculate that no one really wants it from someone one doesn’t like. If there is someone that provides the truest information, but has personality I dislike, I will not seek information from that professional. I just don’t want to support people I don’t like.

I am a skeptic and I debate a lot. To many, this activity itself may come off as negativity. But I pay attention to every word to make sure I don’t offend anyone in my discussions. My goal is to learn how to discuss in a way that I don’t make others and myself emotional. Becoming emotional and personal stands in the way of getting closer to the truth.

I become very emotional and even upset when some professional uses a tone and language in his articles or forums that clearly hurts other people. For instance, you don’t say something like “f’ing idiots” about people who are not evidence-based when you want to teach the benefits of the scientific method. Instead of saying, “people who believe this or do that are f’ing stupid”, you could say, “I disagree with this method, and prefer this method instead because of this and that.”

What kind of people do I describe as “not nice”?

One of my favorite fitness people Bret Contreras wrote an awesome article on How to Become a Fitness Guru in 25 Easy Steps in which he mentions many personality traits that could be even universally considered unpleasant such as dishonesty, arrogance, inflexibility, egoism, and so on.

Why is nice personality important for a fitness professional? My hypothesis is that personality is one of the aspects that sets the foundation for personal training. You can’t be a good speaker if you’re introverted, shy, and quiet. Or it’s just very difficult. So the skill depends on a personality trait. In the same way, certain personality traits may not be good fits for a personal trainer, because a trainer is someone who directly helpsothers. He or she needs to be a genuinely good person.

None of them is perfect, but they all follow science and want to help other people. I respect them for that.

Both skepticism and nice personality are requirements…

If you’re not evidence-based, you’re just guessing what works and what doesn’t, and your information is less trustworthy.

If you’re not a nice person, sooner or later you lose respect and clients, and maybe even your profession. It takes some time to see through dishonesty, arrogance, egoism, and other negative personality traits.

Every reader or client has unique style and interest and so do fitness pros. I follow many skeptical fitness pros who express tremendous thinking abilities. That’s my unique style or interest. Figure out yours.

It’s not necessarily about finding a coach who you agree with all the time, it’s just about finding someone who’s nice and respectful to everyone, regardless of whether they agree with them or not. Everyone makes mistakes; lets give constructive criticism, not bring others down. 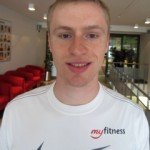 Risto Uuk is a personal trainer and writer in Estonia. He also works part-time as a soccer analyst at a company called Betgenius. His biggest interests are nutrition, strength and conditioning, soccer (and sport, in general), personal development, critical thinking, happiness, and many other areas. He’s currently getting certified by Precision Nutrition.