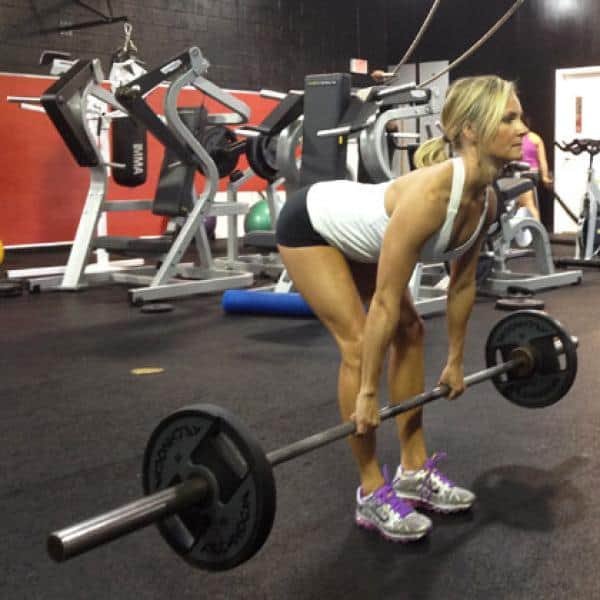 In my last post here, I covered why Deadlifts are “functional” for each of the three main training goals: Sports Performance, Bodybuilding and General Fitness. That said, one the “go-to” deadlift variations, regardless of the training goal, used in the Performance U training approach is the Romanian Deadlift (RDL). 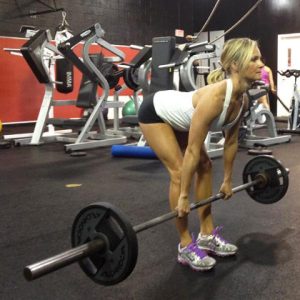 Although personal trainers, strength coaches and fitness enthusiasts are usually very familiar with how to perform Romanian Deadlifts (RDLs), and, although there are many technique tutorials and articles currently on the internet dedicated to properly performing RDLs; the Romanian deadlift technique tip I’ve provided you in the video below is an importnat one that I’ve found to be often overlooked. Hence the reason why I’m focusing on it here.

An Often Overlooked RDL Technique Mistake and the Quick Correction

Check out this short video where I show you a common mistake (even personal trainers make) when performing and coaching the Romanian deadlift exercise. This RDL technique mistake is often subtle, which is why it so often goes unnoticed by fitness professionals and exercise enthusiast alike. But, this subtle mistake, and the correction I’ve also provided in the video, is something we’ve found to make for a BIG difference in the safety and performance of the Romanian Deadlift (RDL) exercise.

A Word on Deadlifts and Head/Neck (Packed) Position

I’ll do a future blog post going into further detail about this epidemic of “Neck Packing” talk I see some well-meaning trainers and coaches throwing around as if it’s fact. But I’m going to quickly address this here because there’s always someone, if not a few “smarty pants” trainers who bring it up when they see a picture (like the one I’ve shown above) of someone performing a deadlift or an RDL without their neck “packed.” So, here’s a quick reality check that I like to call an “intellectual intervention.”

That real fact is that “packing the neck” (as of now) is based, not on solid scientific evidence – its not based on ANY scientific evidence, and the current evidence we do have in this arena seems to conflict the idea – it’s based on individual opinion and anecdote. So, you’re free to share your thoughts and to use whatever techniques you want, but when you go around asserting claims based solely on opinions and anecdotes – your own or those of others – as if they’re well-evidence “fact,” you’re being arrogant and intellectually dishonest. Not to mention, the other reality about claims that don’t have the necessary supportive evidence, which is: “what can be asserted without evidence, can also be dismissed without evidence.”

In short, in the Performance U training approach, these special neck positioning techniques are not used for a total LACK of evidence that we should. They don’t make scientific sense and we don’t feel they make good common sense either.

Now, the head/ neck position we do use, as I described in this post, is highly individualized:

“We’ve found some people feel stronger (and more comfortable) when they look up, others when they look down, while others prefer somewhere in the middle. This makes perfect (common) sense to us since clients and athletes come in all different shapes, sizes & abilities; and we would NOT expect them all to move in the same manner. It also makes good scientific sense because the research looking into Postural-Structural-Biomechanical (PSB) factors continually shows that there is a difference between (what we thought was) “dysfunction” and simply a variation of normal – (this likely due to variations in shapes and sizes of humans along with adaptive proprieties of the body).”

With this nonnegotiable reality in mind, the Performance U training approach certainly calls for controlled exercise form, but we don’t believe in a one-size-fits-all form any more than we believe in a one-size-fits-all training program. In other words, we believe “good form” is a moving target, which is why we don’t get caught up in obsessing over one particular “magic bullet” approach.”

Read More »
PrevPreviousDeadlifts: One of the Most Functional Exercises for Everything!
NextHow to Detect B.S. and Avoid Confusion about Conflicting InformationNext