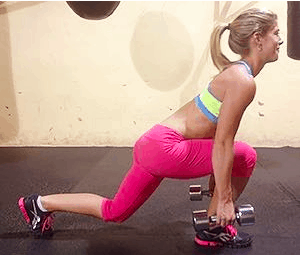 1. Use a forward leaning torso position

We first featured the use of this technique in our Secrets of Single Leg Training, and also highlighted it again a few years later it in my book: Strength Training for Fat Loss. 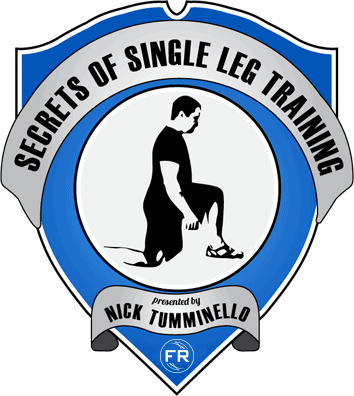 A 2008 study published in the Journal of Orthopaedic and Sports Physical Therapy showed that performing lunges with
a forward (anterior) trunk lean can increase the recruitment of the hip extensors (i.e., glutes and hamstrings) relative to a more upright posture that’s conventionally used (1).

In other words, having the torso positioned in a more forward lean ( as shown in the picture below) instead of an upright position will help to focus more specifically on the glutes and hamstrings.

Of course, the torso angle can be tweaked to be at a greater or lesser angle than shown in the picture above. Just keep in mind that the more forward the torso is leaned, the more demand is placed glute and hamstring musculature, which reduces the demand on the quadriceps.

A great example of a very hip extensor dominant lunge variation is the anterior lunge (shown below). 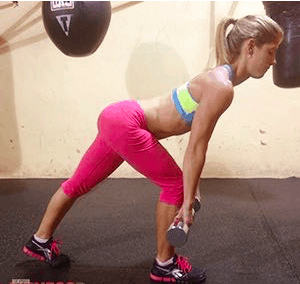 Due to the exaggerated torso lean involved, the anterior lunge exercise places much less demand on the the knee extensors because almost all of the demand is placed on the glutes and hamstrings (and low back) musculature.

With the above said, when performing lunges (or split squats and Bulgarian split squats), I find a 45-degree lean (as shown in the picture below) provides a nice middle ground torso position that places more demand onto the hip extensors than the conventional style (with and upright torso) does while still also placing a significant demand on the knee extensors. 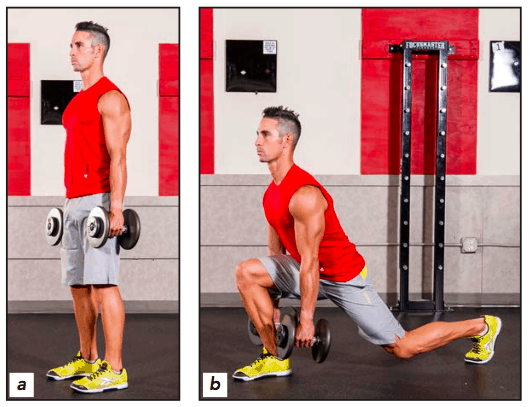 A 2015 study published in the Journal of Strength and Conditioning Research aimed to determine the effects of dumbbell-carrying position on the activation of the gluteus medius, vastus medialis, vastus lateralis, and biceps femoris when performing two lower-body exercises: walking lunges and split squats. (2)

The study compared muscle activity when holding a single dumbbell on the front leg side (ipsilateral side) to holding the dumbbell on the back leg side (contralateral side). The results of this study demonstrated that, although activation of the quadriceps was similar in both of the dumbbell carrying positions, the glute medius was activated to a much greater degree when the the dumbbell is held on the back leg side (contralateral side). Not to mention, any time you hold a heavier load on one side of the body than on the other, it lights up the core muscles to offset the unbalanced load —hence the term “offset loading.”

In other words, when performing lunges (or split squats and Bulgarian split squats) while holding a single dumbbell (at the shoulder or hip) on the opposite of the working leg (i.e., on the same side as the back leg – as pictured below) it increases the activation of the glue medius.

As the pictures show above, when performing the offset Traveling (i.e., walking) lunge exercise, you’ll perform all reps on the same leg while traveling down the room before switching sides. So, while holding a dumbbell in your right hand at your shoulder or hip, lunge forward with your left leg. Once your back knee lightly touches the floor, stand back up tall while bringing your rear leg forward to meet your front leg and repeat this action by lunging forward again with your left leg (see the image sequence above).

Also, if your lower-body strength demands you use a weight-load that’s greater than what you’re able to hold with one hand, this exercise can also be done holding two unevenly loaded dumbbells at your hips, with the heaviest of the two dumbbells held on the opposite side of the working leg. So, if you’re stepping back with your right leg, you would hold the heavier dumbbell on your right side.

If you’re using two unevenly loaded dumbbells, there should be approximately a 35 to 65 light dumbbell to heavy dumbbell loading distribution. So, the heavier of the two dumbbells makes up roughly 65 percent of the total weight you’re holding. I recommend not allowing your shoulders to rotate or tilt toward the heavier side; keep your shoulders eventhroughout.

Lastly, my new book: Building Muscle and Performance, which is currently Amazon’s #1 new release for all weight training related books, not only provides a variety of offset loading lunge variations but also delivers the motherload of great exercise applications, scientifcally-founded programming strategies and ready-to-use workout programs. 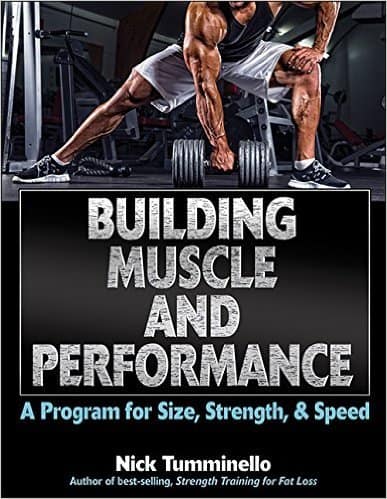