Push to Pull Strength Ratio: Should You Pull Double What You Press? 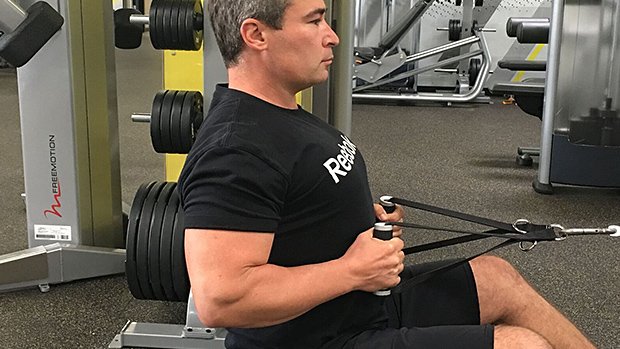 For the last few years now I’ve been teaching a workshop called Better Back Rows, which is all about helping fitness professionals understand how to get more out of horizontal pulling exercises like barbell rows, dumbbell rows, seated rows, and machine rows.

In this post I’m sharing an aspect of my Better Back Rows workshop where I clarify myths and misconceptions about push to pull strength ratio. Specifically, addressing if it’s accurate for trainers and coaches to recommend that you should be able to pull double what you can push as a general strength standard.

Pull Double What You Push?

First off, there are two different contexts in which the recommendation of pull double what push can be used.

In one context it can be used as a general programming recommendation to dedicate double the amount of training volume to pulling exercises than you do to pushing exercises.

If used in the context, there can certainly be merit to this recommendation if one feels the need to, or is interested in emphasizing the backside of their body for one reason or the other. In that, research shows that there seems to be a dose response to gains in muscle size and strength (1,2).

In other words, you achieve what you emphasize. So, although a comprehensive strength training program should addresses the entire body, it should also be imbalanced in a way that dedicates more overall training volume/time to the areas you’re trying to develop in most.

Put simply, I don’t use the recommendation of pull double what you can push in this context because I don’t feel it’s a reasonable or realistic strength standard to base one’s strength training goals around. My reasons for that are because this recommendation 1) goes against the relevant scientific evidence I’ve seen, and 2) it doesn’t make sense from a biomechanics perspective. The rest of this post is dedicated to explaining each of these two points.

There are two studies (that I know of), which compare horizontal pushing and pulling strength. The nice things is, one study is on recreationally active subjects and the other is on highly-trained athletes. So, we get a look at the push to pull strength ratios of both population types. Here’s look at each study.

– Modified pull‐ups (recline rows – picture below taken from the study paper) completed during 3 sets of 15 seconds with a 45 second rest period between each set. 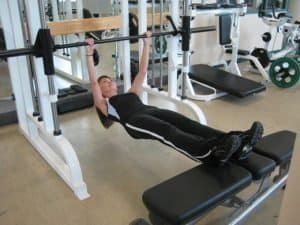 – “The results suggest that for our group of healthy recreationally active subjects, the upper body “pushing” musculature is approximately 1.5–2.7 times stronger than the musculature involved for pulling.”

– 1RM strength and force were shown to be greater in the bench press.

– Velocity and power outputs were greater for the bench pull across the range of loads.

My Thoughts and Take-Aways from the Research

Both studies showed that horizontal pushing strength was greater than pulling strength. And, keep in mind the second of the two studies listed was done on elite male sailors, who have to have very developed pulling musculature in order to perform many of the tasks involved in that sport. So, the results of both studies, with the second of the two being more impactful, contradict the idea that you “should” be able to pull double what you can press.

Now, the second study did show that power outputs were greater for the bench pull, which I’ll explain in the next section on biomechanical reason for why I don’t think it makes sense to recommend that you should be able to pull double what you can push as a general strength standard.

When performing horizontal rowing exercises, the lever-arm (moment arm) is at its longest when your humerus (your “biceps bone”) is perpendicular to the force vector. So, if you’re doing barbell bent-over rows or one-arm dumbbell rows with your torso roughly parallel to the floor, the lever-arm is at its longest when your humerus is parallel with the floor. This is at or very close to the end of concentric portion of the range of motion.

The same goes for performing seated cable rows or machine rows, as long as your torso is perpendicular to the floor and provided you keep your elbow(s) at about a 90-degree angle. This means that as you get closer to the concentric end of the range of motion involved in rowing (horizontal pulling) exercises, you’re not only losing a mechanical advantage over the load (because the lever-arm is getting longer), you’re also getting weaker because (its a basic physiological reality that) muscles have the lowest potential to generate force when they’re fully shortened (contracted). 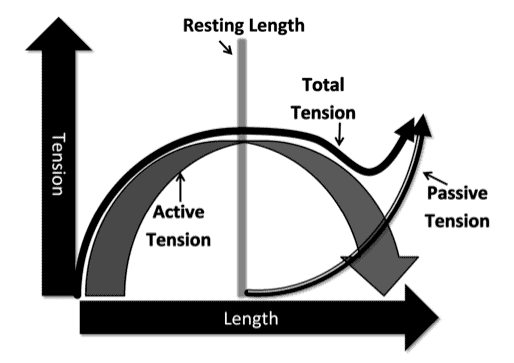 This is why you often see lifters pull the weight halfway with good form, then jolt it the rest of the way when doing exercises like barbell bent-over rows and one-arm dumbbell rows. It’s also why you see so many people turning their torso towards their rowing arm as they pull the dumbbell in on dumbbell rows, along with seeing people staying too upright on bent-over barbell rows and one-arm dumbbell rows, or leaning back to far when performing seated rows or machine rows.

Now, if you look at atamony alone, one could think it seems reasonable to conclude that you should be able to pull much more than you can push because the pulling musculature is much larger than the pushing musculature. However, this paints an incomplete and therefore inaccurate picture because it fails to consider the biomechanical realities involved in pushing and pulling, which offset the differences in anatomical structure. In that, as you’re performing a horizontal pushing exercise, you’re gaining a mechanical advantage on the load, whereas when you’re performing a horizontal pulling exercise you to get weaker as the weight is getting heavier (because the lever-arm is getting longer). Hence why both the research studies highlighted above also demonstrated that pressing strength was greater than pulling strength.

This is also the reason why the study done on elite male sailors with extensive strength-training experience found that  velocity and power outputs were greater for the bench pull across the range of loads. At the bottom (start) of the horizontal pull (when your arms are extended) your large pulling muscles have a mechanical advantage over the load. So, they’re able to create a lot of power on the initial burst to initiate the pull, which can create momentum to carry the load through the top portion of the range where you’re weaker.

I hope with the above I’ve been able to clearly explain the evidence and biomechanical rationale for why, when it comes to making accurate conclusions about horizontal push to pull strength and power rations:

– I feel it’s a realistic power standard to generally recommend that your pulling musculature should be able to produce more power than your pushing musculature.

– I don’t think it’s a reasonable or realistic strength standard to generally recommend that you should be able to pull double what you can push.