Science Made Simple: How to Use Science to Better Your Physique & Performance

The following is a guest post by Kurtis Frank from Examine.com

More and more athletes and gym-goers have turned to the internet to achieve their goals. As a result, they have begun to rely on scientific data and evidence to guide their decisions. This sounds incredible and some would argue it heralds the end of broscience (the practice of passing information along by word of mouth, usually based on things that ‘should work’).

Broscience is not necessarily wrong. Since there is no quality control on word of mouth, information can be right, or completely wrong, but disregarding broscience by claiming “it’s not science” is rash.

Science doesn’t always investigate what you want it to. A study that finds an increased power output in newbies, accessed by a leg extension, does not mean that leg extensions will increase an advance athlete’s running speed or squatting abilities. It could, but that study alone is not proper evidence.

Science is fantastic, but what you find online may not always be science. Science is a process, one known as the scientific method, which fills databases around the world. Science is also a highly marketable buzzword, designed to sell products to people with a university education. Not everything claimed to be scientific is, because science sells.

Still, science is a great tool, and should be considered the main tool in your better-physique toolbox.

When should science be used? Whenever it applies. Below are some guidelines for assessing when and how to use science.

Statistical power and the structure of studies

Sample size is a measure of how many people were included in the study. A study on one person is not reliable, as individual results can vary wildly. This is why case studies, or studies with one or a few individuals in uncontrolled conditions, are poor evidence. The larger a sample size is, the less individual problems will influence the final results. Though a larger sample size cannot force quality evidence, statistically speaking, larger studies are better.

The design of a study is vital, and can be broken down into a few categories:

Use controlled trials for evidence. Double blind studies are the go-to, and in some cases a crossover study can improve results. Numerous trials are the ideal. One trial is usually not sufficient to guide a decision.

Who are the subjects of the study?

The demographics of a study, the people that are being investigated, matter. A study conducted on elderly people may not apply to young adults, and a study of men may not apply to women. Ideally, the demographics of a study should match the person that will be affected by any decisions drawn from the study, or at the very least, care should be taken to confirm that there are no known differences between the groups being tested and the individual seeking to make a decision.

Similarly, animal studies are important to critically access. Something that occurs in a rat could occur in a human, but unless there is some evidence to show that this is the case, information from the rat study should be taken with a grain of salt. Animal studies are valuable, but it would be prudent to avoid basing conclusions solely off of one. They can, however, add valuable insight into a conclusion involving human studies, by providing an example of how things happen, rather than just what happens.

The baseline conditions of the people being studied also matter. A compound that improves insulin sensitivity in diabetics or the obese may not do the same thing in lean athletes. Try to match the participants of the study to whoever the study is being applied to. The closer conditions match, the better.

Try to match the subjects of the study to the person you’re applying scientific evidence to. Possible differences do not nullify the data, but they may explain why something worked in the study but does not work for you.

What happened in the study?

Several aspects of the methodology are important to consider when evaluating a study. Keep in mind:

Dosage, or how much treatment was administered. This is of particular interest in rat studies, since the animal may be force fed to force a particular result, one that would not normally occur. This also applies to exercise. What kind of exercise was done and how much?

How was the dose administered? Sometimes a dosage prior to a specific event (sleep or exercise, for example) is mandatory during the study. Other studies might involve random dosages or meal-timed dosages.

Duration, or how long the study lasted. Measuring bone mass or muscle growth during a study that lasts a few weeks or days is impossible. Similarly, a study looking into a pre-workout supplement should be a single dose study that lasts less than a day.

Just like you have to pay attention to the demographics and conditions of a study, you should also pay attention to what was administered, and for how long. Usually, this is held constant between studies, but in some cases these changes will impact the observations.

What were the results?

A conclusion is the final takeaway of a study. It is important to determine whether the results rely on correlation or causation and whether the final result was a measure of a biomarker or phenomena.

A causation is usually found in animal studies. Researchers are able to genetically modify an animal to block the relationship between A and B, to observe the effects. For example, eliminating the creatine kinase enzyme will block the ability of creatine to increase levels of ATP in cells. If a specific compound produced a result in the presence of creatine kinase, but did not produce the same result without creatine kinase, a causation can be inferred.

The difference between correlation and causation is why researchers use animal models and in vitro studies. If a correlation is uncovered in a human study, further non-human studies may be required to determine how a process works. When evaluating studies, keep in mind that a correlation is not a bad thing, and may serve as enough evidence if the how of a process is less important than what happened

A phenomena is an end point that researchers want to influence.

A biomarker is measurable and thought to accurately represent a phenomena. Measuring a biomarker allows researchers to indirectly measure the associated phenomena.

Remember to differentiate between correlation and causation when evaluating a study. Know the difference between biomarkers and phenomena. Both correlations and biomarkers can provide great information, but care should be taken not to confuse them with their trickier and harder-to-evaluate cousins.

Magnitude of Effect and Clinical Significance

Statistical Significance determines whether a particular outcome happens because of what was done in the study. This significance is based on probability. Researchers decide on an alpha value, usually 0.05, or 5%, though they may go as low as 0.01, 1%, or 0.001, 0.1%. If a result is statistically significant at an alpha level of 0.05, that means there is a 5% chance the result is due to chance.

Clinical Significance is a judgement call made by the researchers as to whether the result or change has enough significance to make a difference in the real world.

In a nutshell, statistical significance represents the researcher’s confidence that their result is due to their study, not random chance, while clinical significance is a marker real-world relevance. The best results meet both criteria.

Consensus of information and cherry-picking

Even if you find the perfect study, it still may not be sufficient to draw a conclusion. Scientific evidence requires a consensus. Data can be chosen specifically (cherry-picked) by a writer to present their side of a story. Cherry-picking can be intentional or accidental, but the harm is done to the reader, who does not get the full story.

Databases play a vital role in creating consensus. Look for independent resources like Medline (Pubmed). When you find a good study, compare it to other studies with a similar methodology and determine whether the topic is debatable or there is consensus on the issue.

Unfortunately, the only way to determine if a study has been cherry-picked is to compare it to the other studies on the topic.

Reading science and other tools

Science should be your favorite tool, but don’t discount the other gadgets at your disposal. Experience, word of mouth, appeal to authority, and broscience can also be useful, when science doesn’t apply.

Sometimes, the science behind a supplement or drug, as is the case with fish oil and aspirin, is so well-established that it can answer all of your questions, and other tools are unnecessary. When addressing more difficult questions like “How can I be the best athlete I can be?” you may need to combine science with other tools.

Read science, let it guide you, then turn to the experts in the field and see what they have to say. It can be fun to try to find a bridge between broscience and science. Try starting at ‘the pump’ and nitric oxide signalling. If you defer to an authority, investigate their track record of helping people.

The scientific method and its collection of evidence, when examined properly, are very powerful tools. Find what works for you, using whatever tool is best suited to answer the questions at hand. 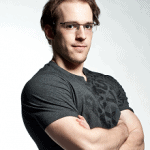 Kurtis Frank is the Director of Research at Examine.com, an independent and un-biased site that investigates the scientific evidence behind supplement claims.

Go here to check out the The Supplement-Goals Reference Guide.

Read More »
PrevPreviousPull Ups with Bands are Overrated: 2 Tips for the Pull-up Deficient
NextThe 321 Abdominal Plank (and other cool stuff)Next