Why NOT to Do Kneeling Push Ups

With push-ups being such a great exercise option the personal trainer and exercise enthusiast can use anywhere and anytime, it stands to reason that the kneeling push-up is a useful (easier) modification to use for individuals who are unable to perform regular push-ups.

Check out this video, which covers why kneeling push-ups aren’t utilized in the Performance U approach to training as a way of helping the push-up deficient eventually progress to the ability to perform regular push-ups, and also provides the alternative push-up modification that’s used instead.

The Performance U Push-Up Progression Method

When using incline push-ups – not shown in the video above – the higher the hands are placed, the easier the push-up becomes. So, performing incline push ups from something like a barbell or a bed (if training at-home or in a hotel room) that’s roughly around one’s waist or hip-height (as shown below) … 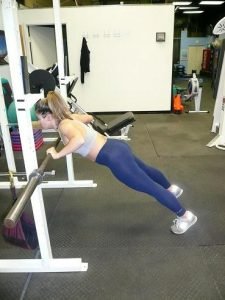 … is easier than performing an incline push-up with the hands on top of a bench or chair (as shown below), which is usually around one’s knee-height. 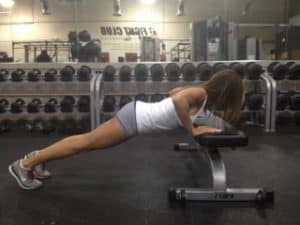 Anecdotally, I’ve found that (in general) once someone can do around 20 good push-ups from a barbell that’s placed at/around the individual’s waist/hip height, they’ll be able to perform a few push-ups with their hands on a bench or chair. Therefore, they’re ready to progress to start regularly using the bench to perform incline push-ups from.

Additionally, 6-8 second eccentric (lowering) push ups from the floor are also used in the Performance U approach to helping the push-up deficient become capable of performing regular floor push-ups.

And, one more thing: another issue with improving one’s ability to perform regular push-ups is fat loss. In that, as I said in my book Strength Training for Fat Loss, “One of the most important aspects of physical strength is what’s commonly known as relative strength, which is how strong you are in relation to your own body weight… Some people can’t even do a single pull-up or push-up because they can’t overcome their own body weight… In short, the less excess body weight you’re carrying around, the more weight and reps you can hammer out in the gym to continue to build muscle and increase strength.” 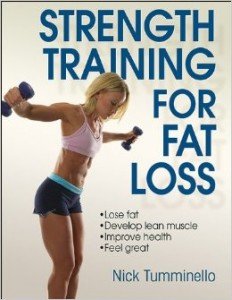