Why People Pay NOT to Go to the Gym

First off, I’m thrilled to announce that my new (third) book – Your Workout PERFECTED – is now available for preorder HERE at Amazon.

All consumers can ask for from an industry is to be provided with accessibility and affordably of what it offers. And, with all of the free exercise and nutrition information online, along with the fact that gyms of all types and price-points are as common as coffee shops, the fitness industry has been extremely successful at doing its part to provide consumers with accessibility and affordably. This is why there are more gyms with more paying members than ever before.

That said, it’s often pointed out that more health club (i.e., gym) members hasn’t seemed to be effective in helping to create a more healthy population in general. However, a health club can only improve health outcomes of its members if those members are using it on a regular basis. And, it’s no secret that there are many people who continue to pay for a gym membership even though they have low average attendance.

Why do so many people continually pay not to go to the gym?

In 2006 a research paper titled Paying Not to Go to the Gym was published in The American Economic Review. This paper found that across 24 (gender/club/age) subgroups; although they expected to go to the gym an average of ten times per month, the average monthly attendance over the membership is lower than 4.75 visits for 23 out of 24 groups, with an overall average of 4.17 monthly visits. So, many gym members end up going to gym about half as often as they expect to, which often means they end up overpaying hundreds of dollars per year for membership fees – this study found 80% of members overpaid by around $700 per year – when they would’ve been better off with a per-visit plan.

Now, since there is so much variation in membership fees to gyms and private training facilities, the most important finding of this study isn’t about the financial aspects. The most important finding of this study is about the human psychological aspects because they’re much more universal. In other words, gym membership trends will vary and continue to change, but basic human psychology will generally remain consistent. So, lets focus on what these study results tell us about general human psychology and behavior when it comes to going to the gym. From there, we’ll discuss what both trainers and gym members can do about it. 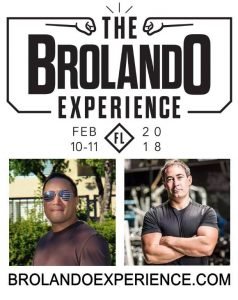 It All Comes Down to Individual Overconfidence

According to the authors of the paper, “Overestimation of future self control or of future efficiency is at the root of all findings. And, these findings are also consistent with findings on consumer behavior in the credit card industry (Haiyan Shui and Lawrence M. Ausubel, 2004) and employee choice of 401(k) plans (Brigitte C. Madrian and Dennis F. Shea, 2001).”

The best predictor of future behavior is past behavior. However, overconfidence leads many consumers to consistently ignore this reality and over-estimate themselves in regards to how often they’ll go to the gym in the future.

It’s possibilities vs. probabilities. This overestimation of our future self control or of future efficiency causes us to often confuse what we hope we’ll (possibly) do with what we (probably) will do. And, this is why we have words like self-delusion.

As with many things in life, there are certainly nuances to this subject that can be discussed. However, there are some generalizable lessons that can be taken from these study results and put into everyday personal training practice.

Here are what I feel to be two major, practical takeaways for personal trainers to consider when dealing with new clients:

1. It’s very important to find out how often a new client has been working out recently (in the last few months), and help them to reconcile that with how often they’re currently wanting to workout each week (both with the trainer or on their own).

For example, many new clients will come to a personal trainer saying they’re ready to work with the trainer 2-3 times per week, and also workout on their own a few more additional days each week. However, if that client has recently been working out an average of once per week (or less frequently), it’s more likely they’re setting themselves up for failure because they’re basing that thinking on what they hope they’ll do instead of what they will more likely do on a regular basis. So, it’s important for personal trainers to create a more realistic expectation for clients like this by starting them out by making it their goal to get to the gym (with or without the trainer) at least twice per week for a number of weeks – I’d recommend 3-6 weeks as a general time-frame. This is a much more realistic expectation based upon their previous behavior – not on hope, which makes it far more likely you’re setting them up for success. This is important because, as with failure, success often builds upon itself.

Once training at least twice per week becomes normal behavior for the client, the fitness professional can then set the expectation for them to train at least three times per week, and so on.

The same thing goes for personal trainers (like myself) who do online training with clients. Obviously, the structure of a training program is influenced by how often some one is training throughout the week to allow for proper volume, recovery, etc. Well, a client who has recently averaged working out once per week (or less) may tell you they want a workout program for training 4 to 5 times per week, which is based on what they think they should be doing. However, in common situations like this, it’s important for the trainer to start out by providing the client with a program that’s designed to be used two to three times per week, but also can be performed more often if possible. And, the personal trainer can explain to the client why it’s more realistic for them to start with this type of program for the next 3 to 6 weeks (as a general time-frame) until they’ve demonstrated that they’re able to train more frequently throughout the week on a regular basis.

Note: Of course there are some situations, such as a client who has limited time (e.g., 4 -8 weeks) to get into (better) shape for something like an upcoming wedding or reunion, which doesn’t allow the trainer to gradually progress a new client over a matter of weeks or months as discussed above. In these type of tight time frame training situations you’ve got no choice but to punch the gas pedal… keeping safety in mind, of course.

2. With the above in mind, many personals trainers fail to understand that training success isn’t also about focusing on any specific physique or lifting performance goals. For many recreational exercisers, training success means how much they’ve enjoyed each workout, how they feel at the end of the workout, and by the fact they’ve completed a certain amount of workouts per week. This is especially true for newer clients.

The following are what I feel to be two major, practical takeaways for recreational exercises to consider when looking to join a gym, private training facility or hire a personal trainer (for in-person or online coaching). These are especially important to consider when making that new years resolution to start exercising (more).

1. The reason why many people fail to continue to go to the gym as frequently as they’d think is because they set unrealistic expectations for themselves based more on wishful thinking instead of their previous behavior.

If you average going to the gym once per week or less, and all of the sudden make it goal to start going three to four times per week (plus), it’s very likely you’ll revert back to your normal behavior, and feel like a failure because you didn’t meet your expectations. However, you simply took the wrong strategy, which lead you to set unrealistic expectations to meet on the long-term. So, be more realistic about your goals in regards to how often you’ll exercise based upon taking an honest look at your past behavior – not based upon what you think you should do. Look at how often you’ve actually gone to the gym each week over the last few (2 to 4) months, and create a realistic goal based upon that.

You may want to regularly be working out 3 to 4 times per week, but if you’re someone who has previously had an average of working out once a week or less, it’s smarter to start out by making it a goal to workout at least twice per week. And, every month or so you can work up to what you feel you should do by starting with doing just a bit more than you have previously done. That’s what gradual behavior change – changes that are much more likely to become habits – is all about!

2. With the above in mind, if you’re just starting out with exercise; here’s what I recommend before you go committing to a long-term membership contract at a gym, joining some private group training facility, or buying a large package of sessions with a personal trainer.

I recommend you first take at least 6 to 8 weeks of exercising on your own (doing whatever exercises you’re comfortable and familiar with) in order to gauge how often you’re actually going on average week to week. From there you’ll have a realistic perspective on what type of commitment to a gym membership, group training facility or with a personal trainer is best for you so you don’t end up losing money.

In other words, it’s smartest to start off for at least the first month or two with buying a temporary membership to a gym to see how often you’ll actually go before committing to a long-term contract. Or, if you’re looking for group training classes, first buy something like a multiple- class pass or do a pay per visit set-up for a short while before you commit to something monthly or long-term. And, if you’re looking for individual guidance from a personal trainer (like myself), I recommend first purchasing a few sessions and scheduling one or two sessions per week for a few weeks to gauge how realistic it is for you to continue to go before you buy a big package of sessions.

With these recommendations; once you realize that you’ve found a comfortable environment that you want to keep coming back to, and you know how often you’ve averaged going, you’re far more likely to set yourself up for future success (in getting your moneys worth and meeting your expectations) with in a gym membership, group training facility or with personal training sessions. In that, you’ll more likely avoid wasting your money because you over-estimated yourself.